How can I build and perform optimal interval training in order to specifically improve my power?

That’s probably on of the major questions we are often asked.In our opinion, the answer needs to be given individually. Our body adopts very specifically to different training loads and understanding metabolism is the key to optimized training. 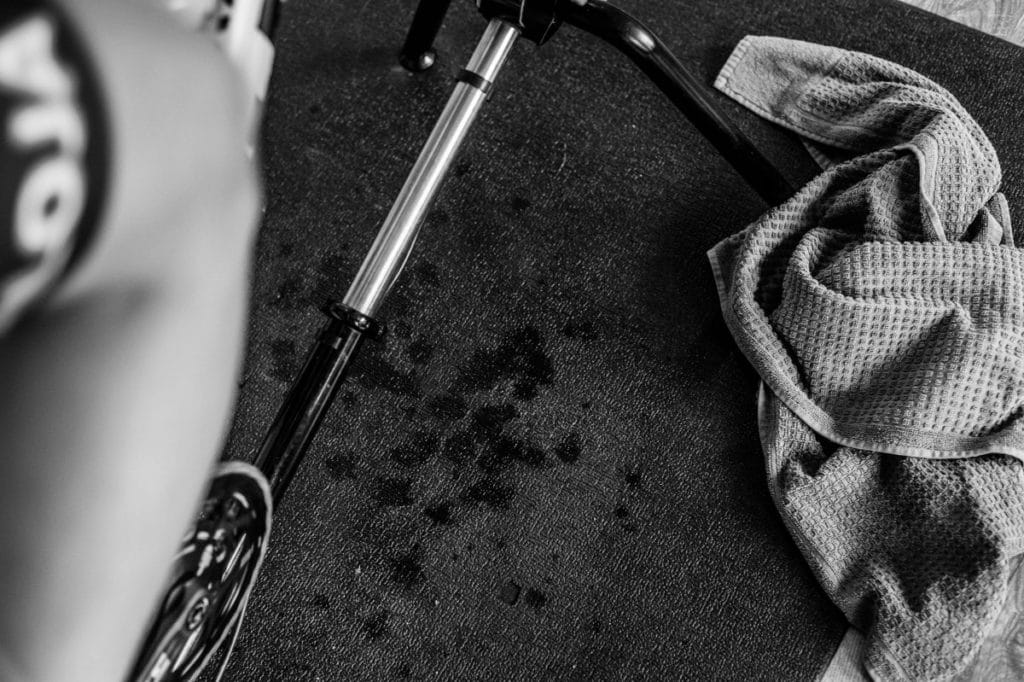 Our question: What do you want to achieve?

What’s your goal? How does the particular event you are training for looks like? Depending on those certain demands, you should built your interval training. And it is very important to take every detail into account, as this following example shows. We performed several interval training sessions on our Cyclus2 cycling ergometer. All of them were held under the exact same circumstances: same day, same time, same training status and same eating habits.

At every short intense section, the heart rate inclines initially and goes down immediately after. Over the whole time course the HR moves in between 140-160 bpm (about 75-86% of the maximum hear rate 185 bpm). The average HR was at 149 bpm (80% of HRmax).

Now we did another training session. Again, total moving time was 40 minutes with 30 interval sections. But this time, every interval consisted of 1:10 minutes at 200 W, followed by a very intense 800 W out-of-the-saddle-effort. This resulted in an average power of 271 W, which is pretty much the same as in the first training session (266 W).

Although the resulting average power of the two interval sessions was nearly the same there were dramatic differences in the physiological response. The second interval training was very hard to ride. The heart rate was between 160-175 bpm (86-94% HRmax) almost the whole time. Right from the beginning, HR reached the level which was only to see at the very end of interval session 1 (158bpm, 85% HRmax). The average HR of session 2 was 164 bpm (87% HRmax), which was 15 beats (7%) higher than in session 1.

As you can see in this example, it’s pretty inaccurate to measure and regulate training loads with average power outputs.

Now we did a third session. Again, we took the first interval training protocol (40 minutes, 30 sections, 50 s at 250W and 30 s at 300W) but this time we played a bit with the pedaling frequency. Mimicking a typical situation in every criterium race, we slowed down the pedaling (before a sharp turn) to under 40 rpm and exploded right into the interval with a maximum acceleration in the first 5 seconds to over 120 rpm.*

Impact of the pedaling frequency

The described changes in the pedaling frequency resulted in a higher maximum force (401 N compared to 178 N in the first session). Average HR was measured at 158 bpm (85% HRmax), which was 9 beats (5%) higher than in the first training session. The harder push into every single interval resulted in a higher physiological stress, shifting from a steady-state effort to a more strenuous activation of the anaerobic system.

Conclusion: An interval training outcome depends on the details

Every small change of an interval training profile results in different physiological demands (even when the average power output or interval times are the same). The body adapts very specifically to those slightly different stressors. If you want to find the perfect interval training for you, than you have to analyze your required skills for the certain task you want to perform.

Our service at Diagnose Berlin takes this problem into account and together with our clients we define particular skills based on their goals. We’ll find out what the limiting factors are and how to work on them.

Do you have further questions regarding our services or this article?

*Note: Power output is a result of the applied force multiplied with the pedaling frequency. By regulating the braking resistance, the Cyclus2 cycling ergometer always holds a steady power output at 250 or 300 W respectively.