Carbohydrates: The key to long distances

Running a marathon under 4 hours? Or successfully finishing an ironman or long cycling distance? All disciplines have one major skill in common: having enough fuel, especially carbohydrates to use till the very end. This report from Raphael and Johannes shows how calculating your important numbers can make those long distance finishes projectable. 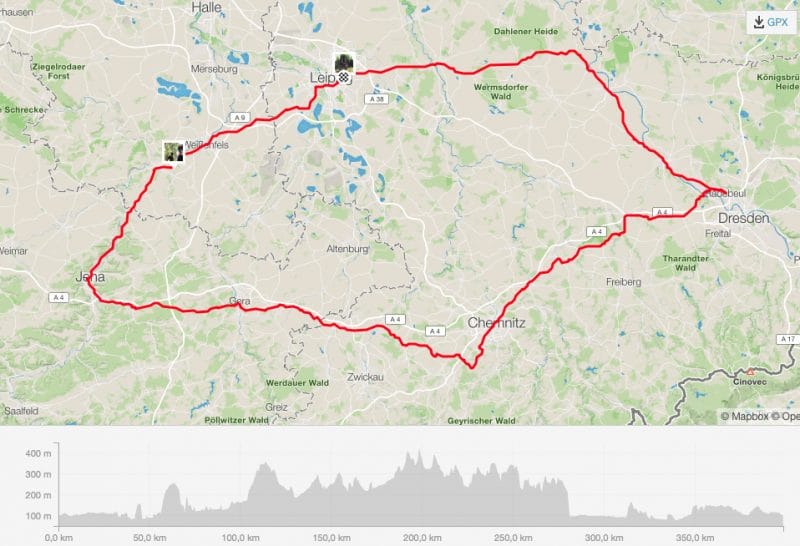 One weekend I sat together with Johannes when he told me about a 400k brevet called Maurice Brocco. I had heard about it but never really considered to do it, because I wasn’t experienced with such long distances at all. The race was going to start in 2 weeks and Johannes was still looking for someone to join him. In the end, such a torture would be way more fun if you have a companion. Long story short, one week later I was on the starting list. Oh man, what had I got myself into here?

We knew from the beginning, that finishing was our highest priority. We agreed on the strategy, that if we would have some energy left towards the end of the race, we still could go a bit faster. But taking it easy from the start and managing to get along with our energy would be most important. But what would be the right pace? How could we know if we would make it till the end or run out of energy? We got all the answers with a metabolic performance analysis at Diagnose Berlin.

The secret lays in your carbohydrate

When we start doing sports our body needs more energy. And when you want to do sports for more than 16 hours straight (that was our expected finishing time) that is whole lot of energy. Our organism produces this energy by metabolizing two major fuels: carbohydrates and fatty acids. Now here’s the crux… when you look at the fatty acids, the body’s capacity is nearly infinite. But, regarding your carbohydrates, there is only a very limited store of those.

Depending on training state and total body weight, a human body stores between 300 to 700 grams of carbohydrates, when fully loaded (Diagram 1 out of [1]). The problem towards the end of long term sports activities is often nothing else, than the total completion of these carbohydrate stores. In that situation, the body can only rely on fatty acids which means he has not much quickly metabolizable left. Thus, the exercise intensity needs to be taken down in order to reduce the demand of energy [2]. But the remaining question was: How could we avoid this situation?

Our performance diagnostics was set up mainly to answer one question: How high is our energy expenditure and the uptake rate of carbohydrates during different exercise intensities?

The answer: it changes! When looking at Diagram 2, it’s clearly to see that our need of carbohydrate (blue line) grows with rising exercise intensity. In the lower intensities we were looking at a carbohydrate uptake of just around 41 grams per hour but whit reaching the higher intensities those numbers reached up to 243 grams per hour (Diagram 3). Now that we knew our numbers, what was the right pace to chose for the 400k race?

Of course you can eat something during such a race and refuel with new carbohydrates. But there is a limit to that as well. In the past decades, sports scientific researchers found out, that most athletes are able to eat 80 grams of carbohydrates per hour. 100 grams per hour is definitely the maximum absorption capacity of our guts and its hard to be there over several ours (for example, a regular energy bar has 30-40 grams of carbohydrates). Timing and the right mix of different carbohydrates is the key to use the full capacity for longer distances [3].

Now this is where the math started. We calculated with an average number for our carbohydrate stores: 500 grams! If we would be able to eat 100 grams every hour, then we could plan on riding 180-200 watts average. This intensity would cost us a deficit of 10-30 grams every hour and when we project this number to the whole time race time (16 x 30) it would be a deficit of 480 grams. Pretty close to being empty and yeah sure, there were a lot of “ifs” and “could” but theoretically, it was possible.

Eating 100g of carbohydrates every hour for 16 hours isn’t that easy as it sounds. Of course you can eat more at once, but that would just result in a filled stomach and uncomfortable gut feelings. To avoid this, we prepared our own energy bars with the perfect dose of carbohydrates per portion: 25 grams each. On top of that, we were going to mix 50g of maltodextrin (a tasteless long chained carbohydrate [4]) into 750ml of water to drink every hour. This meant, we had to carry 32 energy bars and 800g of the maltodextrin powder per person! A lot of stuff but stuffed into our frame bags, we were ready to go! 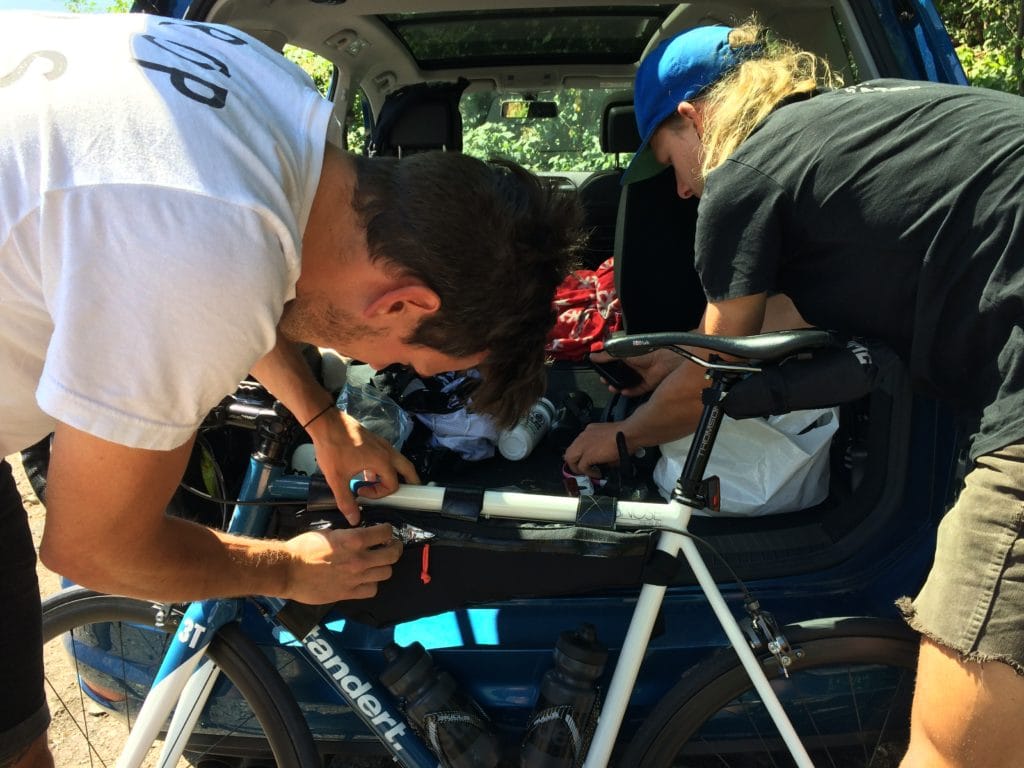 The day of the race

The race started at noon in Leipzig. We were nervous and not 100% sure if would make it back to this point in 16 hours from now. 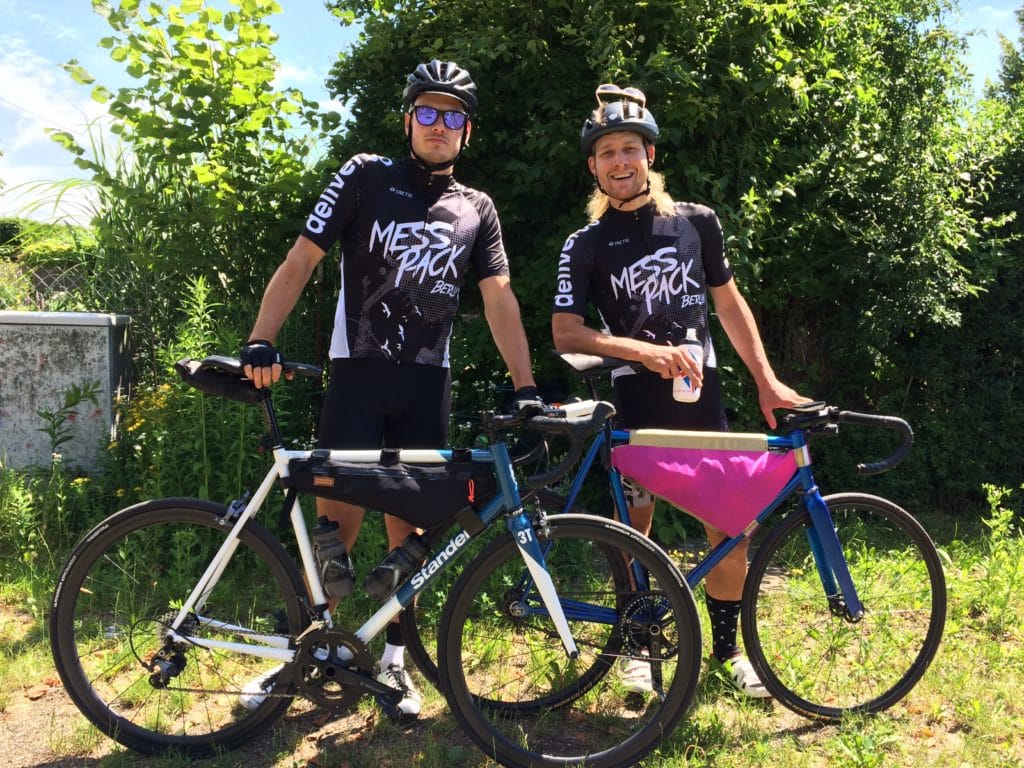 The beginning of the race already went suboptimal for us. After 15k neutralized racing, the organization shouted the official start: “Go! Go! Go!” and yes indeed, everybody was going crazy right away. We immediately lost most of the people because we had chosen another route and fought hard to get back to a group. A lot of headwind did’t make it any easier for us…

So when we finally reached a small group of people, we had a look on the bike computer for the first time. With 90 minutes passed we already had an average of 250 watts. Not good! 30 minutes later, the numbers did not seem to move down so in this situation we had to make a tough decision and let them go. Although you would think that a small group of people can carry you through those important distances, in our case, that group was just to fast and we knew that we would not make it to the finish line at this pace.

After this bumpy start, we focused on our plan again and got back to our strategy. 200 watts average and eating 2 bars with 750ml of our drink per hour. Because we didn’t need to rest at the checkpoints to eat or drink anything, we often passed a lot of people there. At the first checkpoint we came in on place 30 and 31 but at the second checkpoint after 200k we were already on 15 and 16. Yes, now we were moving!

But the overpaced start took its toll and we were forced to slow down more and more. We reached checkpoint 3 at 290k and felt really tired but now we had ride into the night. As the sun went down, we knew now is the time where we have to be mentally strong. Looking at the placement motivated us once more: we were 9 and 10! Yes, just move on! Eating felt harder and harder and our concentration was sinking. The last 100k felt like a delirium. But we managed to survive and with only 40k more, we could even set the pace a bit higher again. 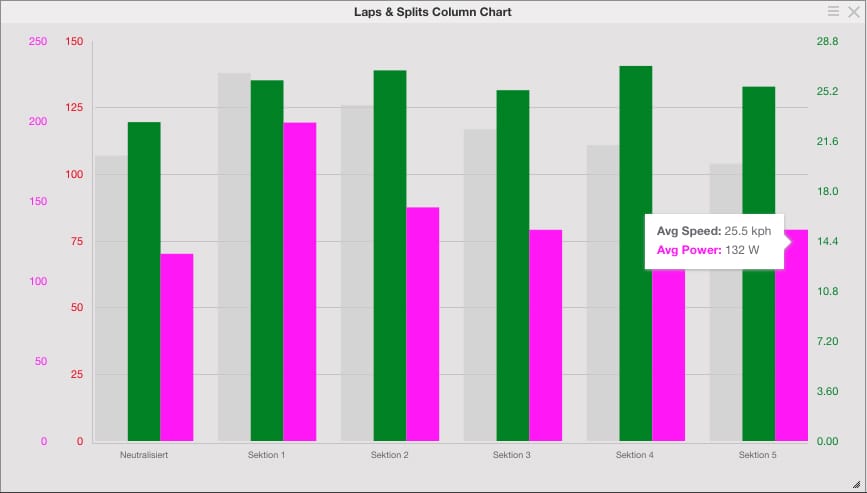 At 4:32 am local time we reached the finish. It was an unbelievable feeling. At the very end it was really everything we had to give. Our legs and minds were completely empty but yet full of joy and satisfaction. It was very cool to see how the numbers really worked out in the end. You can see how the intensity drops further and further over time but comes out at an overall average of 186 watts. So yeah, our math seemed to be right. 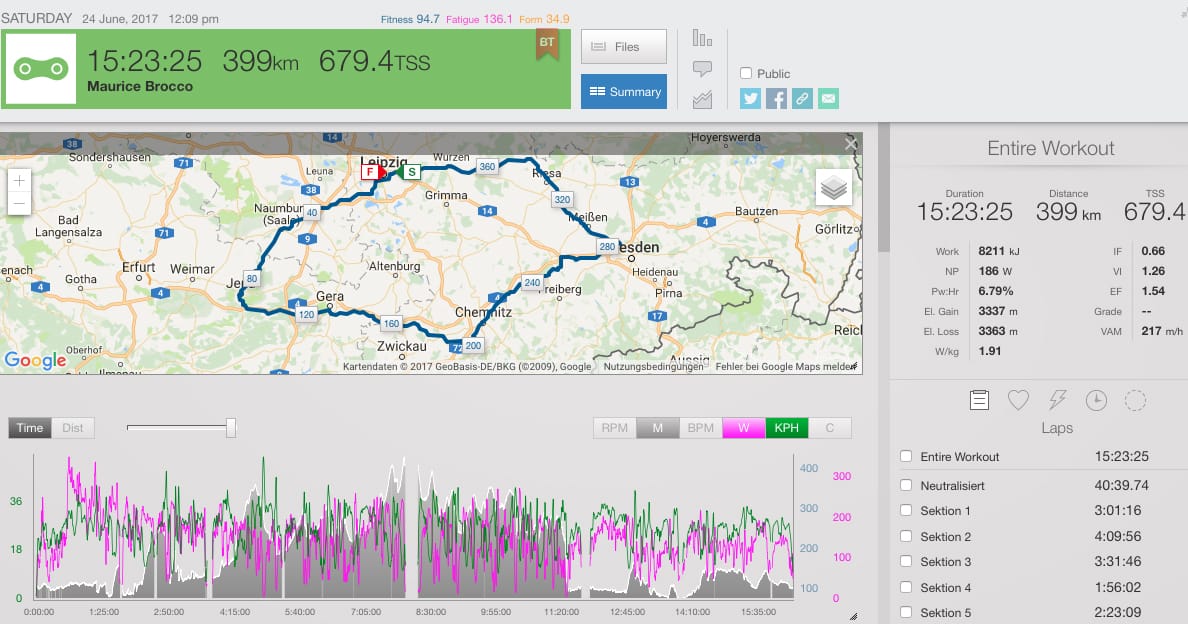 Here is the link to the event: http://www.mauricebrocco400.net

and a data analysis via TrainingPeaks: http://tpks.ws/sZECl

If you are interested in such a performance diagnostics, you can get it here for 130€!