Training with your heart rate: Part 1

How can I use particular heart rate-based training zones? And is it possible to set certain heart rates at equivalent physiologic markers (e.g. the anaerobic threshold)?

This article shows why in our opinion it’s difficult to exercise too strict with defined heart rates. 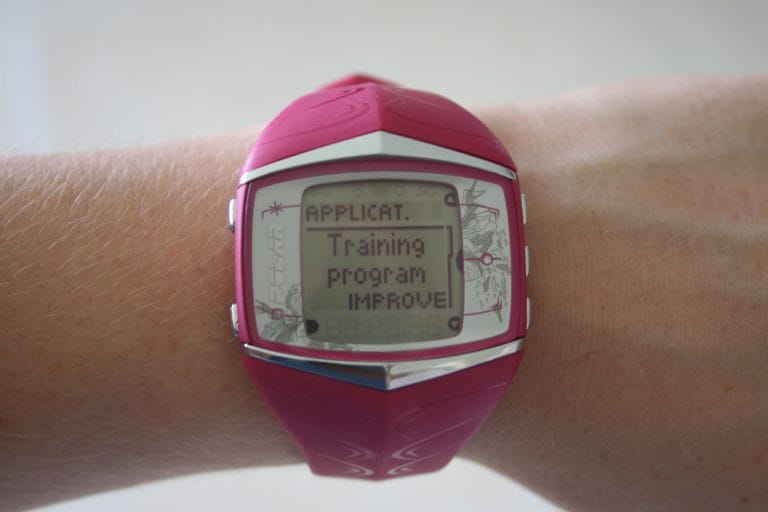 The main result of every common incremental performance diagnostic is the definition of certain heart rate zones. The test rises the exercise intensity stepwise, which means every 2-5 minutes you switch to a higher exercise level. The idea is to analyze the organism’s behavior on these “steps” because once on a certain intensity level, all physiologic values seem to stabilize, right?

One question we were really wondering about was: How long does these steps need to be in order to find a stabilized parameter (like the heart rate)?

There are many different testing protocols around, some say 2 minutes, others say 5 minutes. So we did a pretty simple test:

Seated on our Cyclus2 cycling ergometer I started to ride at a fixed power output of 180 watts. My heart rate immediately started to rise of course from 63 bpm at rest. After 3 minutes I was looking at 128 bpm but could still see an obvious tendency to incline. After 4 minutes I was at 123 bpm and yes the curvature appeared very flat now. But 1 minute later, after 5 minutes of constant riding, my heart rate was again a bit higher, now at 125 bpm. I just kept going in order to find out that certain point where my heart rate would stay fix on one level. After 10 minutes it was still at 125 bpm so I thought that must be it! But I was proven wrong…

I continued my ride for one hour and in the end you can clearly see an incline over the whole time course!

Now everyone who regularly exercises with a focus on his heart rate would agree that 15 bpm definitely mark a difference. So what happens, when I recommend certain training heart rate zones and someone tries to stick to them very precisely?

Time for a second test:

Again I rode on the Cyclus2 cycling ergometer for 60 minutes but this time with an adjustable power output. My focus was to hold my heart rate at 125 bpm constantly, the value I would have taken from a 5 minute incremental test.

First the good news: it worked pretty well! My heart rate slightly moved around 125 bpm but overall I was able to hold it this constant level. Very interesting was the development of my power output during that hour. After 10 minutes I was riding at the expected 180 watts. But (you know whats going to happen), my power output dropped over time. Again it was a very subtle development but after 60 minutes I ended at 157 watts. That’s a difference of 23 watts or 12% compared to the start (see diagram 2).

Conclusion: There is no steady-state of your organism or heart rate!

Defining fix heart rate levels or heart rate zones based on a 5 minute incremental step test is not very precise and doesn’t work. Of course it gives you an approximate mark, but nothing more. When you stick too strictly to a certain heart rate in your training or competition, you’re gonna move with a decreasing power output over time. Thus, you won’t be able to trigger certain training adaptations which you originally wanted to with your training bout.

Regulating your training with defined power outputs (powermeter at cycling and pace at running) is much more precise than your heart rate. We at Diagnose Berlin define your power output levels with metabolic analysis and give you the knowledge you need to have when it comes to specific training.

How to explain this phenomenon?

It isn’t too hard to explain this effect of a “cardiac drift”. There are too completely different metabolic situations at the start and at the end of the test. Because your body used a lot of fuel for 60 minutes, the availability of carbohydrates is lower at the end resulting in a different metabolic profile. We talk about this and how nutrition and hydration can influence this behavior (and also your heart rate) in the second part of this blog article!